According to the Morgan Archives this Plus 4 2-seater was dispatched on September 28, 1960 to Worldwide Imports in Los Angeles. In September 1973 the car was purchased by judge Michael Harris who registered the car in his wife Susan name. Judge Harris kept the car until August 2000 when it was purchased by a good friend that resides in Atlanta. At the time the odometer read 79,556. The car remained in my friend's position until I purchased it from him earlier this year.

The Morgan archives indicate that the car was originally white with red vinyl interior. At some time during its stay in California the car was repainted dark green with a black vinyl interior. The Triumph TR3 engine, number TS78180ME, matches the factory records, therefore the engine is the original. A tonneau cover and disc brakes are listed as options on the car.

What attracted me to this car was it overall good condition. The paint is very nice with good body gaps (for a Morgan). The interior is also nice and clean. The car sits well and “looks right”. I am a seasoned car collector and some cars to me “look right” and some do not. I also like that this is the more attractive 2-seater model with the fold down windshield. Put on some goggles and a scarf, remove the hub caps, fold the windshield down… it looks like you are ready for some serious racing even if you just want to do a nice Sunday drive.

The car was not running that good when I purchased it. I attributed it to lack of use, but unfortunately further investigation revealed low compression on two cylinders and the carbs were leaking. I was hoping it would only be a bad head gasket but when the machine shop magnafluxed the head they found a crack. To make matters worse one of the cylinder liners was slightly pitted. I installed new liners and pistons and was lucky to find a proper TR3 replacement head that had been done with new valves and springs, and bronze valve guides. I also put in new valve tappets. The engine has great oil pressure with no smoke and the bearings looked fine. The carbs were rebuilt, and the radiator flushed. I am a fan of synthetic oil so Mobil 1 oil was used on the engine and Redline MTL in the gearbox. Brakes were flushed with Castrol brake fluid. Engine now runs great with plenty of power.

The tires on the car were 20 years ago and I recently replaced them with Michelin XZX 165 SR15 which I obtained from Longstone Tyres in the UK. These tires are the proper size and maintain the car's classic look.

Engine starts right up by pulling the choke and pressing the start button. All the gauges, lights, turn signal and horn work. The fuel gauge is a bit inaccurate as it indicates lower than the amount that is in the tank. The amp gauge reads higher than actual. The car has a Moss gearbox, like what Jaguar used in the era. This gearbox is virtually indestructible although not the smoothest nor the quietest. Morgans are known for their wood ash frames and while I am no expert on ash frames, I have not seen any wood damage or termites crawling around.

Defects: There is a small crack on the wood dash next to the glove box and a discolored wood area on the bottom right of the dash, The soft top rear windows are opaque and cracked (you will probably never use the soft top). Minor engine oil leaks, typical of the Triumph engine, The almond paint inside the gauges looks a bit old. Fuel gauge reads low (3/4 when tank is full), AMP meter reads high (charging system tested and working properly).

The car comes with owner’s manual, Morgan and Triumph TR3 service manuals, tonneau cover, soft top with frame, side curtains, manual engine crank, jack, 2 sets of keys with Morgan fobs, and car cover…. and of course, the picnic basket. All you need is some wine, cheese and crackers and you are ready for a nice Sunday drive.

This Morgan was auctioned on Bring a Trailer
https://bringatrailer.com/listing/1961-morgan-plus-4-2/?utm_source=transactionalemail&utm_medium=email&utm_campaign=bat_bid_placed_seller 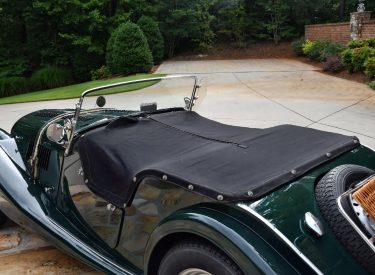 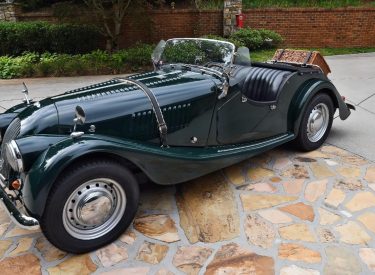 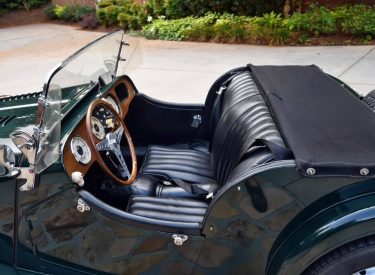 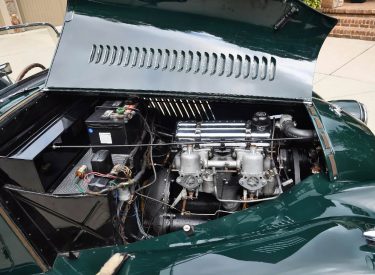 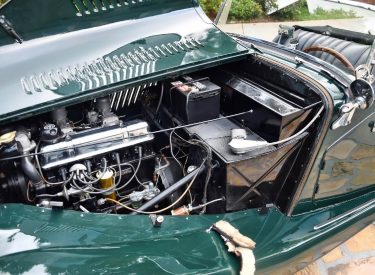 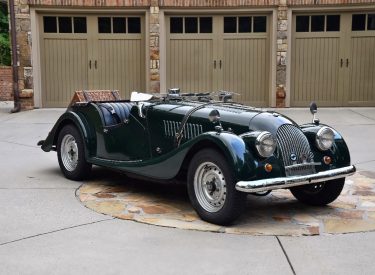 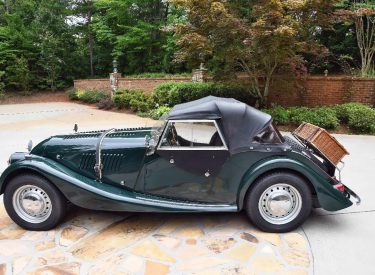 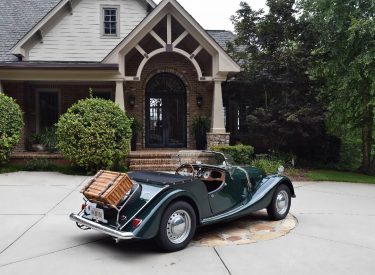